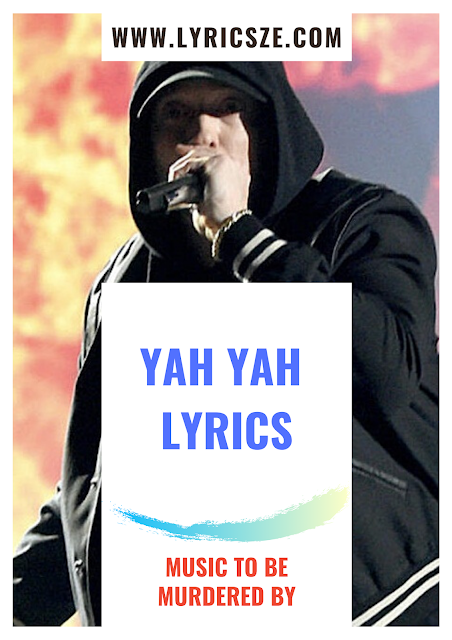 Bumstickitty, bumstickitty, bum huh
I got that old rump-pum-pum-pum
I pump a junk up to get him a beat down
At least sound, I sound like these clowns, like he sound
My flow all over the place, .44 in the waist
I’m so-so innovate, if po-po went away, I roll over ’em like bacon
And call ’em a pig, won’t you hop up off of my dick?
Words in the way, I get lost by him
I give you a JFK on the front lawn of MLK in the crossfire (Get down, nigga)
I have evolved into the lost diaries of the mob and the Rothschilds
I feel like God broke the vials and I am just layin’ down inside ’em like caulk and tile
Q-Tip

Yo, snappin’ necks plus I’m live, in effect
I’m in the Slick Rick eyepatch, but I got it from Hex
Rappers avoid eye contact, that’s outta respect
For the garden of flesh, the ominous Indominus Rex
They be like, “You put the Thought on? Yikes”
If I told y’all once, I told y’all twice, that motherfucker is nice
I’m the king of the blood sport, all mice
I’m from an era, you had beef? You prolly fist for it on sight
Get your ass beat on the basketball court on Spike
Then tell your wife to put your life support on ice
I’m the rap Pernell Whitaker, the honorable minister
Leavin’ every amateur inoperable, I finished ’em
Makin’ plaques outta they head like dead venison
Used to beat the battle to neck with damn militants
Spillin’ over fabulous jams my man Dilla sent
Rap speak for me, I am the ventriloquist
I’m so stubborn, the government won’t govern
That brother you spoke of, it just wasn’t his dope, was it?
I’m coke buzzin’, I never been low budget
The taste of your own medicine, here come a dose of it
I break free like Chesimard
Keep ’em guessin’ hard while my broad say my bars just like ASMR
All my dogs is at the reservoir
Top five, I’m where the legends are (Keep goin’)
Live at the edge of darkness and light
One phone call my and my youngins takin’ flight
You a bark, bitch, and never bite, long kiss goodnight
I stay heated, my people in the place needed
If you ain’t standin’ up for yourself then stay seated
And they cheated, they lie like a marigold
Vespucci, I’m a miracle, I’m still super lyrical
Live from the Terrordome, loud like a megaphone
Thutmose the Third, seven inch, heaven bones

Better hope an ambulance is en route
Papers are hand grenades soon as I pull the pin out
I understand and say Mandalay and Orlando and Colorado and Columbine
All combine into one, I don’t walk a line, bitch, I run
‘Cause we don’t got no time to waste, so come on Denaun
They call me five to nine, and thought duh-dun, duh-dun
Then like a shotgun I’m ready to cock it on ’em
Leave these pussies stretched out, like the Octo-Mom
Never had no trouble keepin’ up with the times
I just adapt to the climate, I treat it like my Levi’s
When they ain’t buttoned up right, I adjust on the fly
Middle fingers, put ’em high, that’s why they call it a bird
‘Cause you put it up in the sky
And I’m like a spider crawlin’ up your spinal column
I’m climbin’ all up the sides of the asylum wall
And dive in a pile of Tylenol, you like a vagina problem
To a diabolical gynecologist, tryna ball a fist I will
Fuck you just buy me, double timing the rhyming
I leave you stymied, that’s why they still vilify me like Bill O’Reilly
I’ma show you what I mean when they call me the Harvey Weinstein of 2019
I’m a conniving, when I’m on the mic I’ma standout
Like a lime green wife beater with a knife out
I’m a sight to see, but you can see from the ring I’m wearing
Me and this game, we got married already
Had the prenup ready, fuck, all that’s ever seen her belly
She barely was three months pregnant
Bitch had to give me a baby, we named it Machine Gun Kelly
Now here’s to LL, Big L and Dell
K-Solo, Treach and G Rap
DJ Polo, Tony D, ODB, Moe Dee, Run-DMC
That OG EPMD, The O.C., Ice-T, Evil Dee
King Tut, BDP
YZ and Chi-Ali, Rakim and Eric B., they were like my therapy
From B-I-G and Paris B, times Oakland and C-M-P-R-T
N.W.A and Eazy-E, and D-R-E was like my GPS
Without him, I don’t know where I’d be