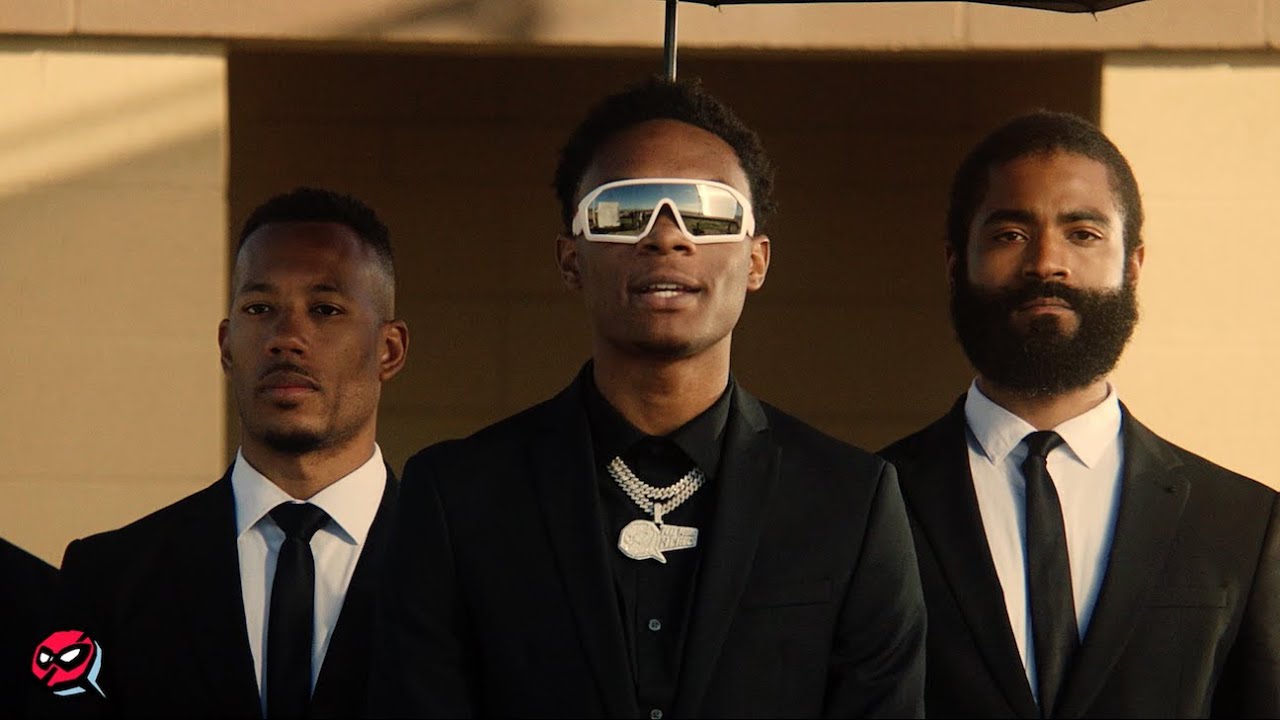 Ayy, in this bitch still cappin’ with Dan, on bro
Go, go, go!

Right now, onna come up
Lately been talkin’ my shit, because I know I come from the gutters
Send shots at ya brotha
Then I go pop out in all of this linen like I was a butler
How can you hate me? I’m comin’ from under
Nowhere to sleep, what the fuck is a cover?
Now I pop out in Balenci’s, they runners
Man, tell ’em, “Stop tweakin, I already fucked her”

I was down bad, I know I done it all
Was servin’ the fiends, lettin’ Xannies dissolve
If I gotta problem, I’m makin’ one call
While none of yo niggas be slidin’ at all
Bitch, like a oven, I’m packin’ that heat
Only get up wit bitches when it’s in the sheets
Run to the paper like I’m in a meet
Baby, get on yo knees, let me give you a treat
Too much of the Wocky be havin’ me sleep
But too much of the Percs got me ready to freak
Grindin’ for months, I been grindin’ for weeks
My uncle told me to just watch for the weak
‘Cause they like to sneak

Gucci and Prada be havin’ me drippin’ like I was a sink
Man, what did you think?
I’m tryna make it, to put some VVs inside my Cuban link
Man, why do it stink?
Kobe been bringin’ in pounds of the za
But y’all know that it reek, you niggas not street
I can hire youngins, that’s 13 and under
Put you on a tee, and they do it for free
We was in steams, we was servin’ the fiends
Miero told to me to stop poppin’ the beans
Right on a T Domo, still in my dreams
I like droppin’ them Xannies insida my lean

Lil Eazzyy been workin’
Keep passin’ yo moves, we got them bitches twerkin’
Reese in the cut, and that nigga be lurkin’
Can’t see in the trap, ’cause we closin’ the curtains
Don’t know what I’m feelin’
Seem like the niggas who doubted me most is always in my mentions
You know I ain’t trippin’
Drop me a check and that boy be away, and my transaction pendin’
Before the pandemic, my niggas was clickin’ some rentals
Can’t wait to hit Johnny to fuck up my dental
Blue tips in the 40, it fuck up his mental
We put him on TV, like he Jimmy Kimmel

My niggas some refs, we’ll attack like a whistle
Hollows in his flesh and his skin start to sizzle
You know we erasin’ a nigga like pencils, then skrrt out the way
No, my niggas get little
But don’t lemme get started, a four on the rocks got me lookin’ retarded
Niggas be hatin’, that really be garbage
Over that paper, some niggas departed
But I never cared, tryna get big and see green everywhere
My niggas on go, why your niggas be scared?
Off of the Wocky, get harder to steer
But I’m on my way up, see you when I’m there

I ain’t with nothing but killers
Always off lean and Percies, they said, “Be numb” and then feel us
In love with drillin’
Niggas start chillin’ with no blood spillin’ but uh, they willin’
Ain’t no opps livin’
Walk on the hit, yeah we did it
Only like four blocks really (Ayy)
Niggas be silly
Askin’ a nigga get with me, I be like, “No not really” (Nah)
Gloves but I got no mask, I let a nigga know I did it (Fuck you)

Fuck it, niggas can’t know my business (Nothing)
Pull up in a new whip and it’s disgustin’
No bitches with me ’cause bitches be bussin’ (Ayy, ayy)
Four niggas put him to sleep like ‘Tussin
“G Herbo, boy where you been?” (Hustlin’)
Got a FN from my bed (Cousin’)
Fell in love with the fire
Grew up bad, sometimes I laugh when my son cussin’
It ain’t like he in the trenches or nothing

Ain’t like he gon’ experience something
Really rich, don’t be delirious, dummy
Touch him and bleed like a period, dummy
All of my life I just wanted some money (Some money)
I been a gangsta, ain’t nobody punk me (Never)
Bad bitches been on my dick ’cause I’m funny
I used to sip up a six like a junky (Ayy, ayy)
Ain’t never been on a hit, you a flunky
Close range, them bitches miss, guess I’m lucky
Shawty’ll fold for a killer like Chucky
Ain’t squashin’ shit, if it’s up then it’s stuck with me

Right now, onna come up
Lately been talkin’ my shit, because I know I come from the gutters
Send shots at ya brotha
Then I go pop out in all of this linen like I was a butler
How can you hate me? I’m comin’ from under
Nowhere to sleep, what the fuck is a cover?
Now I pop out in Balenci’s, they runners
Man, tell ’em, “Stop tweakin, I already fucked her”